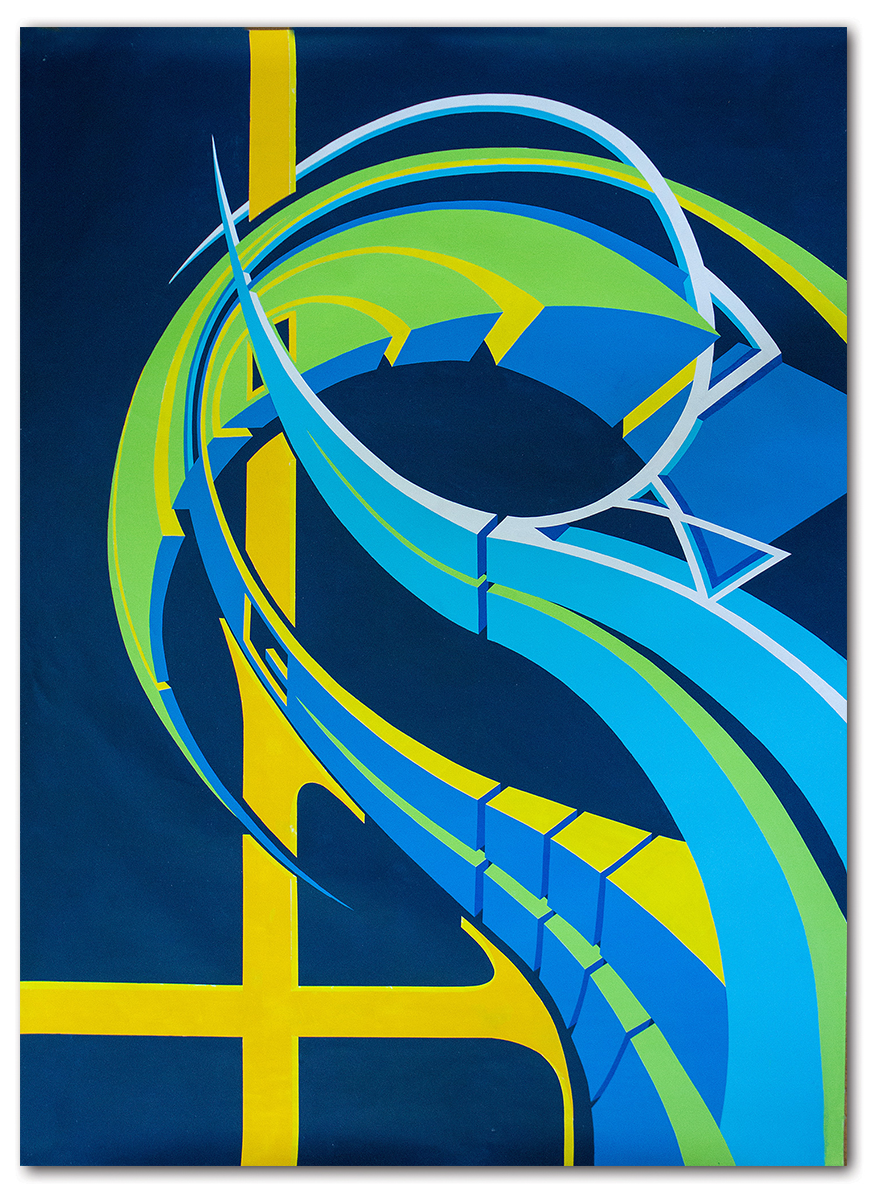 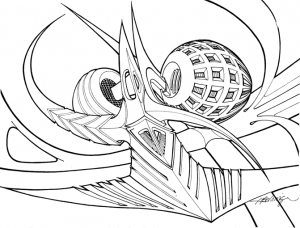 Early Artisan Roots
As a youth, Howard spent hours observing his carpenter grandfather make toys and doll houses. On weekends, he performed with his family, a professional singing group, well-known throughout the region. 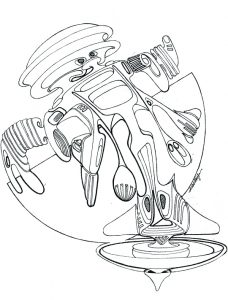 From these musical, artisan roots, Bollinger graduated from design school and took a job that would impact his life dramatically. He climbed the corporate ladder to Senior Vice President of Product Concepts at Kenner/Hasbro Toys using his keen artistic and inventive talents. 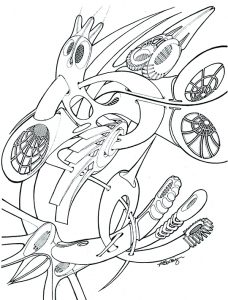 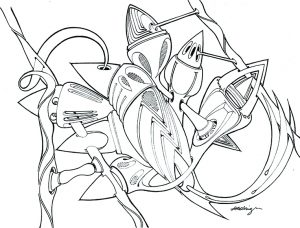 Visions Emerge
Routinely working hand in hand with Steven Spielberg, George Lucas, Jim Cameron, Dan Ackroyd and the late Jim Henson to innovate 3D toys to express the action in films, Bollinger found himself drawing his spontaneous visions as he brainstormed the next toy invention. Totally his own style, this new art was emerging, bubbling up from within. 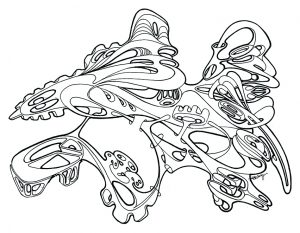 In The Eye of a Creative Storm
In addition to the world of feature film and toys, Bollinger traveled the globe seeking out new ideas from other inventors and studios. He faced the daunting task of creating new lines that would sell hundreds of millions year after year. The energy of it all moved him to one outlet - expressing his artistic images on whatever surface was before him. The images appeared on napkins over Hollywood dinners, on sales volume spreadsheets, Star Wars meeting agendas, and the large round oak table in his office! The artist’s free hand could not hold them back. 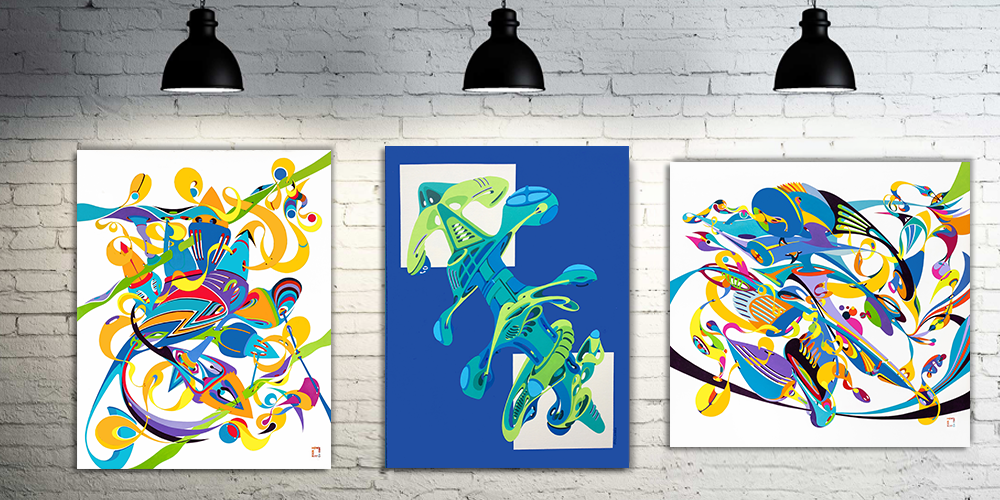 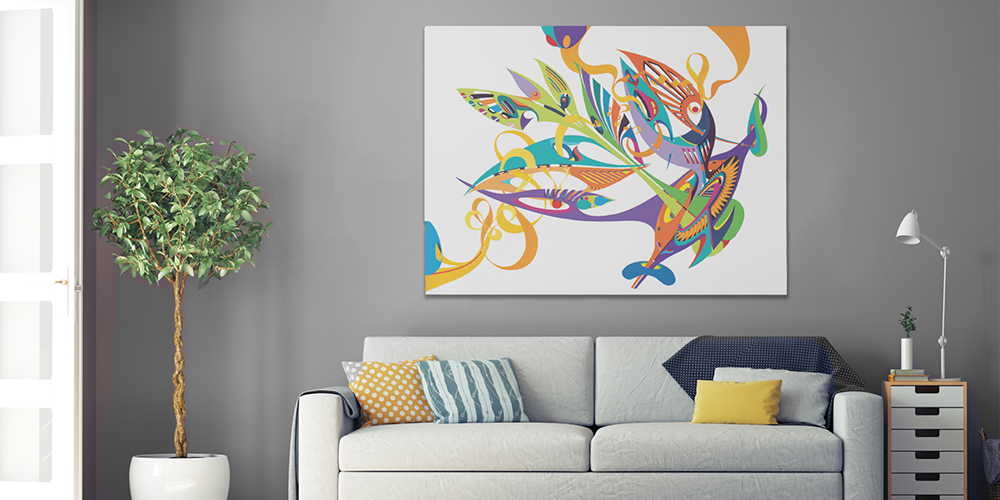 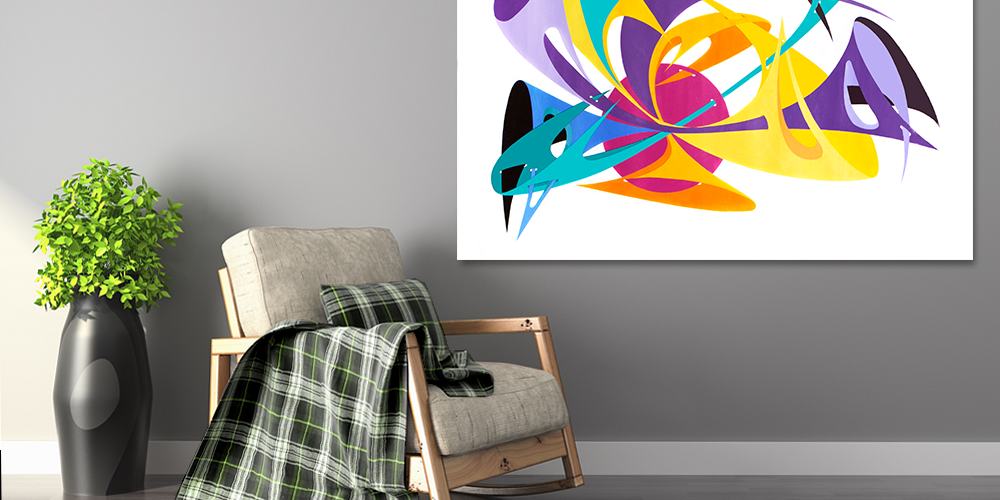 Purchase an original painting from Howard Bollinger direct from Bollinger Gallery. Please inquire about pricing on each painting or request a quote on a custom painting.

Howard's one of a kind paintings can be custom color matched to fit any setting or style. Start by choosing your palette and one of his original hand drawings (he has over 300 unique pieces to choose from) and he'll create a beautifully unique painting, at any size, for your home, office, or collection.